The Hardknock Story:
Introduced in 2006 as a kit for bike builders, it was an instant hit not only with fabricators, painters and customizers, but with people who just wanted to build their own motorcycle. Through the years the kit was refined, the list of factory options grew, and the frame was enlarged and improved to accept ever larger engines. Although it was a huge success, as a kit bike, it was only street legal in the few states where builders were allowed to assemble their own motorcycle. Builders loved it, but they wanted 3 main improvements. First, they wanted a frame that was larger and could accept a 250cc engine, such as the Virago v-twin or the Rebel parallel twin. Second, they wanted a bike that came with a title and was 100% street legal. Lastly, they wanted more bolt-on options providing customization without fabrication. We listened to our customers, and the result is the new HK-III Hardknock, a fully-built, able to license, street legal motorcycle with both DOT/EPA approval in the United States and EC-Type approval in all European countries and Switzerland. Though no longer a kit, it still remains a platform for builders with endless customizing possibilities, with factory bolt-on custom parts, from tanks, handlebars, wheels and forks, to even the engine itself!

This new third generation version of the Hardknock (HK-III) is unlike any other motorcycle ever produced. On first glance it is a classic bobber, yet it’s most unique feature is that it is engineered to accept multiple engine configurations, from a 49cc up to a 250cc v-twin. Fitted with a universal wiring harness and removable engine mounts, power-plant upgrades are literally plug and play. Add to this the multitude of bolt-on options and accessories available on the official factory web-shop and what you have is a bike that is a blank canvas for customers to build a unique motorcycle that expresses their creativity, individuality and style, but without the need for fabricating skills. Thus, the allure to customize remains with the new fully-built HK-III Hardknock.

The Hardknock has emerged as the world’s first entry level motorcycle that can be upgraded with larger engines and accessories to suit the needs of the rider. It is basically a 250cc motorcycle disguised as a 49cc scooter! In most countries, the requirements to ride a 49cc motorcycle are quite simple. Though the style appeals to many older riders, a 49cc motorcycle can be ridden  at the age of 16, sometimes even younger. With the Hardknock, an owner has the ability to install larger engines as desired without the need for re-engineering and fabrication. Complete engine packages are available for 49cc, 125cc, 200cc, 250cc single, 250cc parallel twin and 250cc v-twin engines. Instead of upgrading to a bigger bike, one can just upgrade to a bigger engine. In some countries it is not permitted to modify the factory installed 49cc engine, but an EC-Type Approved 125cc version is available. EC-Type Approval for the 250cc single engine is expected in the Fall of 2014.

The Hardknock is designed as an inexpensive yet cool bike with endless customizing possibilities. Authentically Frisco styled in California by Kikker5150, it features quality components including a TIG welded, high carbon, powder coated steel frame, forward controls, jockey shift, micro switches and optional springer forks, but with no plastic parts. There are many companies that have tried to copy the Hardknock. Imitation is the sincerest form of flattery! Some have actually used our old smaller frames as a template. However, none of these “Knock-offs” have the interchangeable engine technology, nor the attention to quality, style and detail. Plus, factory replacement parts, upgrades and accessories are available through our worldwide dealer network, and all versions of the Hardknock come with a 2 year limited warranty. Take a look at some of these details that sets the Hardknock apart from the competition:

The Hardknock comes with custom micro handlebar switches on polished aluminum mounts, something you would expect to see on a high-end custom build. The competition uses common off the shelf plastic switches. Our bikes also come standard with an internal throttle to clean up the handlebars, not a cheap plastic external throttle like the others.

You can even see the difference in the gas caps. The Hardknock has a beautiful billet aluminum gas cap that is machined, knurled and polished. The others use a cheap stamped steel cap. 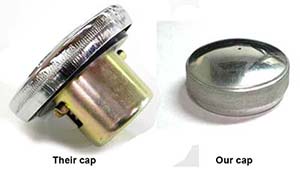 The Hardknock frame is fabricated with TIG welds which are more precise and are of a higher quality than the MIG welds on the frames of other bikes.  We also use a higher grade of steel, the same that you would find in high quality racing bikes. 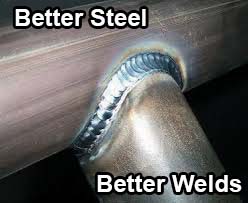 Our tires are not only DOT and European approved, including the white walls, but have an authentic vintage tread design that you will find only on the Hardknock, because we own the mold!

The copy-cat companies use large, ugly, generic plastic lights on their bikes. The Hardknock has lights that are custom made to be the smallest legally allowed, including micro-LED turn signals on the European type-approved bikes. Once again, we own the molds! 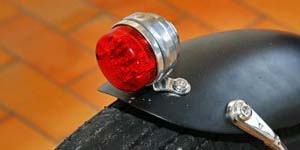 There are many other details that set the Hardknock apart from the cheap copies:

* Stainless steel fasteners throughout  instead of plated steel

In the years since its introduction, the Hardknock has developed quite a following. Enthusiasts have formed an owner’s group on the internet which can be found at www.hardknockforum.com. Here you will find the “Knock Knation”, a unique and friendly brotherhood of thousands of builders, riders and dealers from around the world who share one thing, a passion for the Hardknock. Members of the forum are always online to answer any questions and share stories about their builds. It’s free to join. Many “Knockers”, as they are known, own 2, 3 and even 4 Hardknocks, proving a brand loyalty like no other. To quote a customer, “If you don’t get it, don’t get it!”, but if you do, you will be hooked!